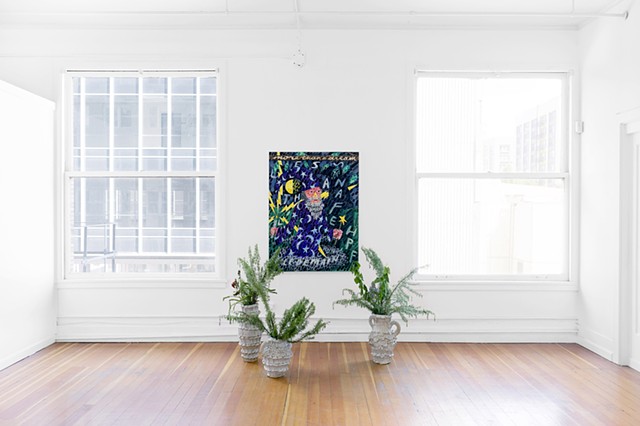 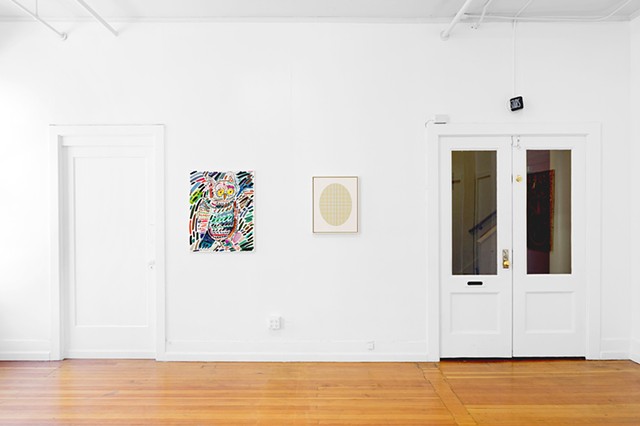 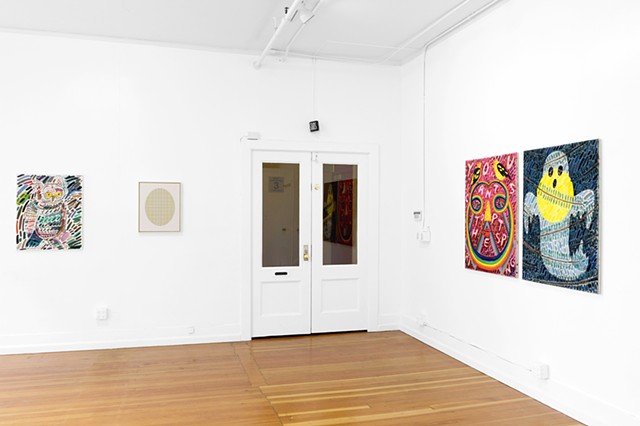 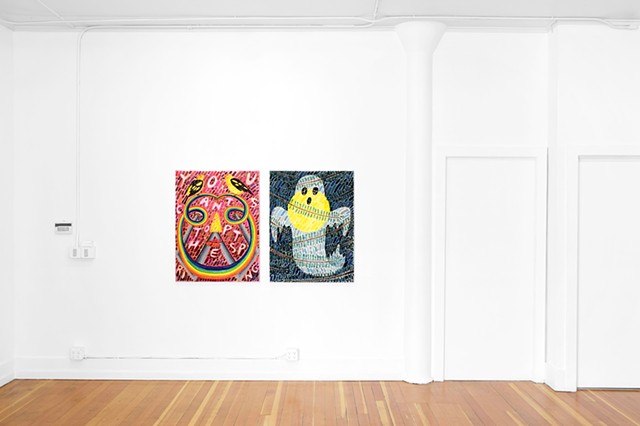 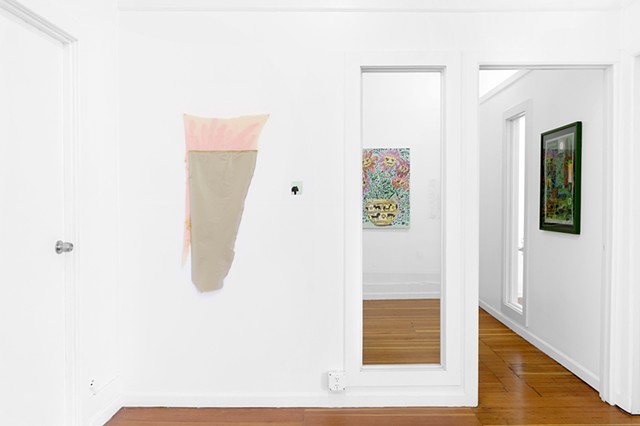 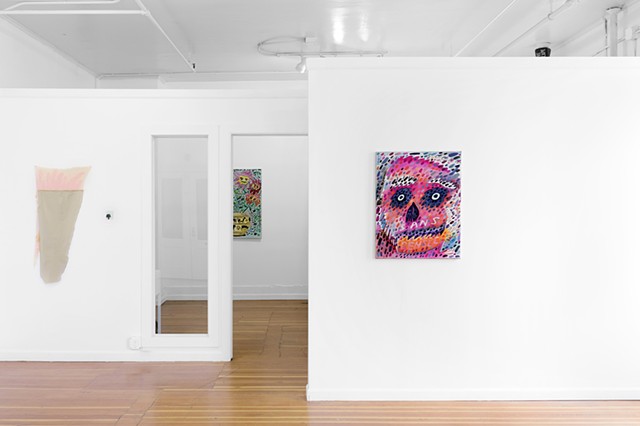 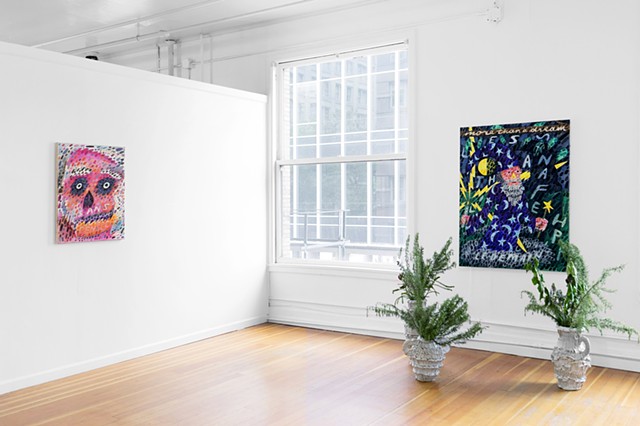 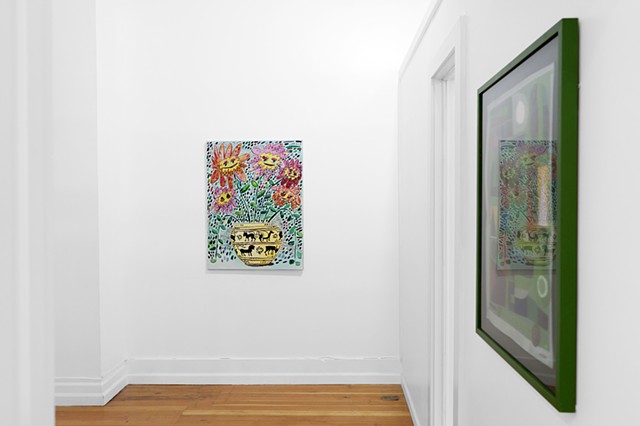 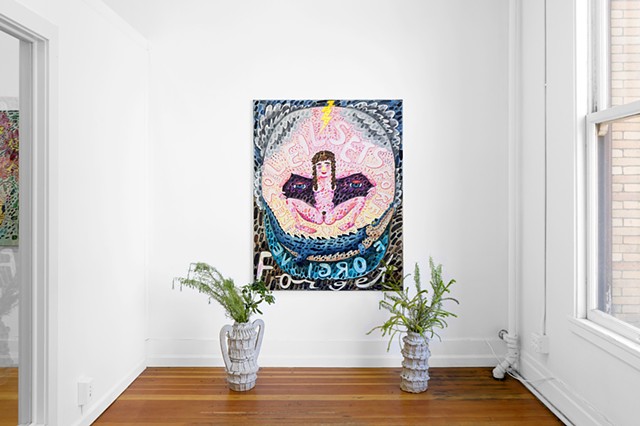 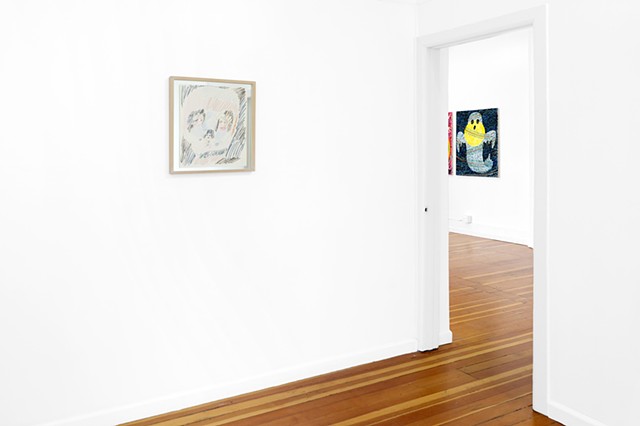 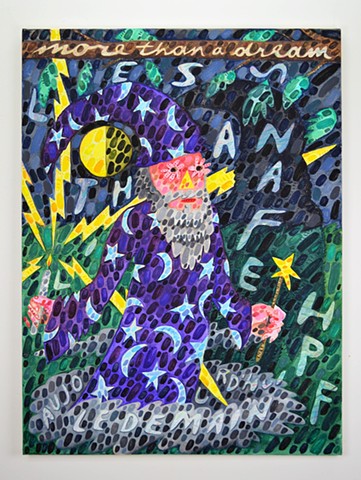 Untitled (more than a dream, less than a life/le domain, aujourd'hui)
Oil and colored pencil on canvas.
48 x 36 inches 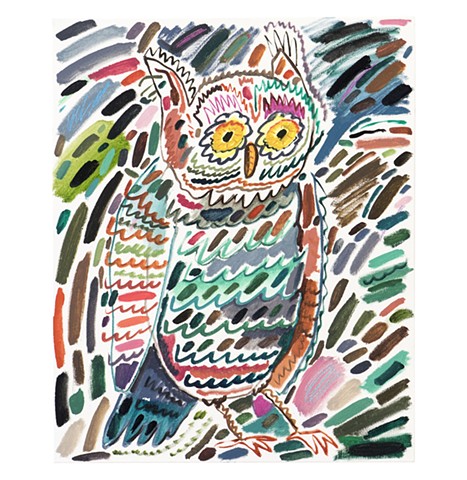 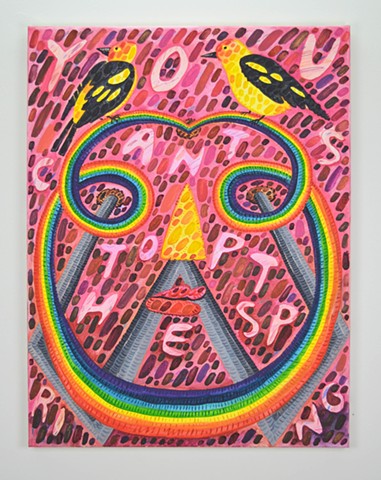 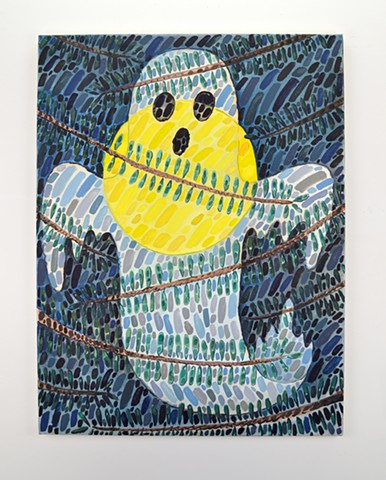 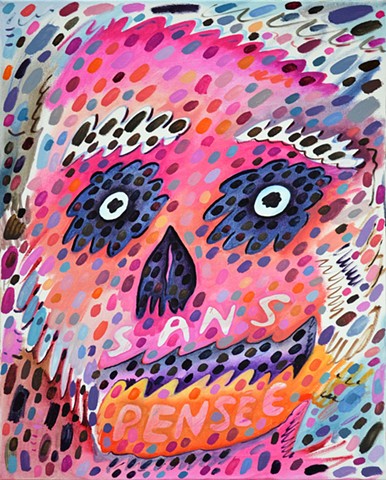 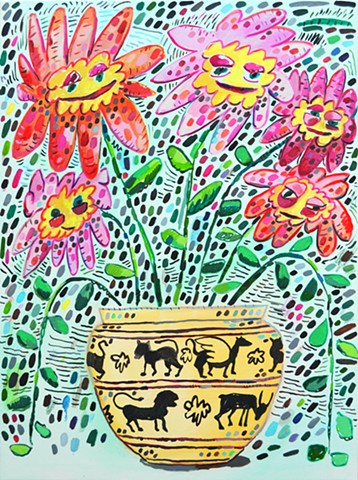 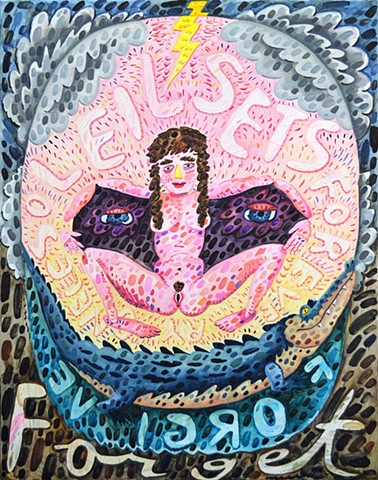 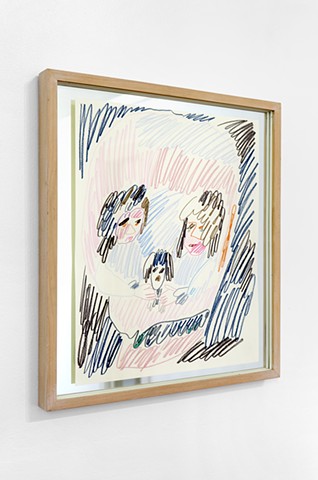 You Can't Stop the Spring

Melanie Flood Projects is pleased to present You Can't Stop the Spring, an exhibition of new work by Portland, OR-based artist Howard Fonda.

Howard Fonda makes frenetic works on canvas out of colored pencil and wet-on-wet oil paint. Finished in one day, each stroke and line is left visible with no hierarchy between a mark made instinctually and one made with careful precision. The exhibition, You Can’t Stop the Spring presents Fonda’s work alongside that of four others, selected by the artist: Matilda Alair, Austin Eddy, John Opera & Michelle Ross. By inviting his peers to join his exhibition, slotted as a solo show, Fonda positions the work not as a collaboration but as guest appearances.

Philosophy and spirituality meet through the psychedelic application of pencil and paint. Narratives are told through allegorical symbols and lyrical text splayed with cartoonish and bubbly characters. In one image, a cooing ghost masked by tree branches and the moon floats in the center of the canvas. In another, a wizard is dressed in a starry cloak. Fonda pulls from familiar mythic symbols of life: an owl, to represent wisdom and intuition; a rainbow for promise; an alligator for fertility or rebirth; a skull for mortality; or a crescent moon to show the cycles of life.

Between the lines of his drawing, Fonda’s marks fill space like the oval swirls of an artist’s mixing tray. Attention moves from the painted image to the marks themselves, recurring oblong orbs of oil and scribbles of colored lead. Elsewhere, a sketched palette on paper borrowed from painter Michelle Ross’s studio hangs next to one of her larger paintings on fabric. Austin Eddy’s collage of thick acrylic and glossy paper employs the same scribbling technique and playfully lush colors as found in Fonda’s paintings, while the rigidity of process and form in John Opera’s cyanotype on canvas acts as a counterpoint to the show’s vibrating energy. Seen through the window of the gallery’s smallest room is a still life painting depicting a vase-full of boozy pink and red flowers. The dizzying marks circle the canvas, flowers bouncing and bending to their vase. On the floor, Matilda Alair’s clay vessels take on the pinch and bend of her palms as if embracing the same malleability. A drooping bouquet with puffy eyes and crooked smiles replaces illustrated parable in this whimsy image. Each stroke is a little wiggle, rippling across the canvas.

With loopy marks, angled lines, and colorful smudges, Fonda’s work represents a contemporary take on the traditions of alla prima painting. The inclusion of other artists’ mixed-media work broadens the dialogue; seven paintings and one work on paper are paired with fabric, collage, photographic print, and clay. Just as one mark holds no hierarchy over another, Fonda shares his exhibition to indicate the same for craft and process.

Carlin Brown (carlin b) is a Canadian artist and writer based in Portland, OR