Solo Exhibitions > Between Thought and Feeling 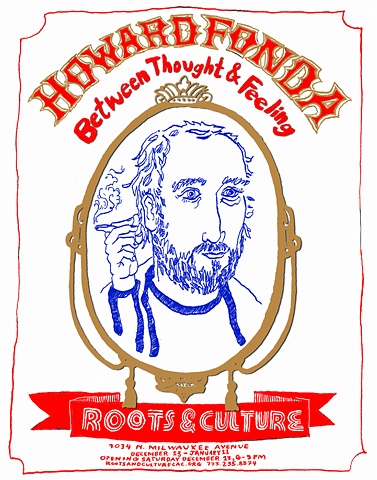 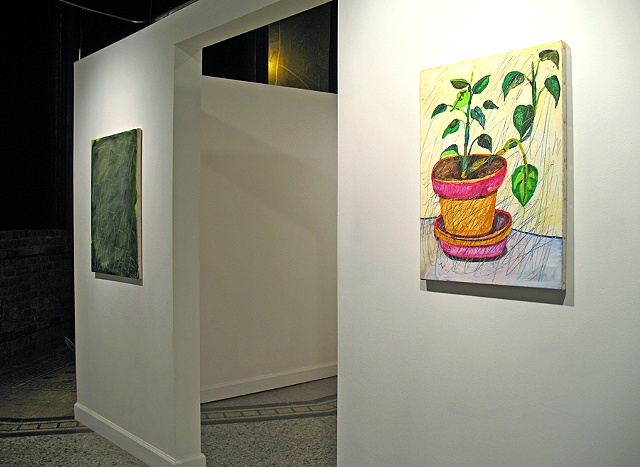 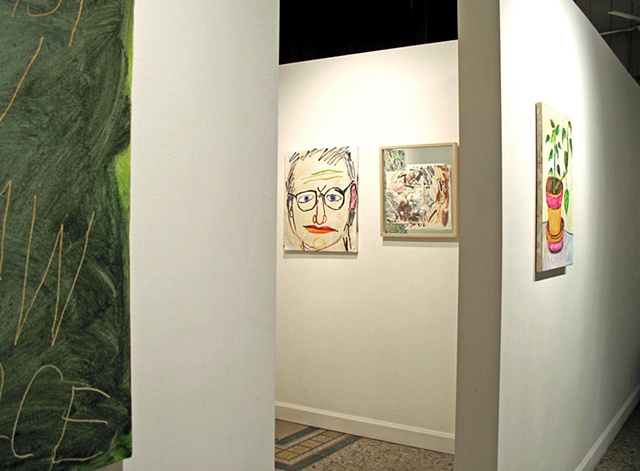 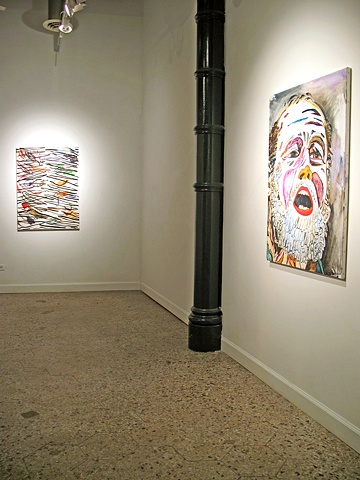 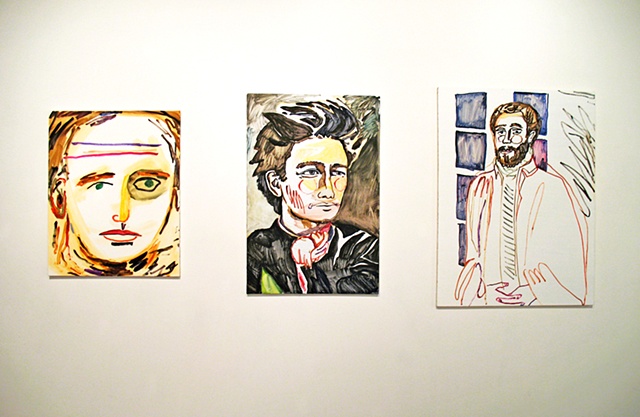 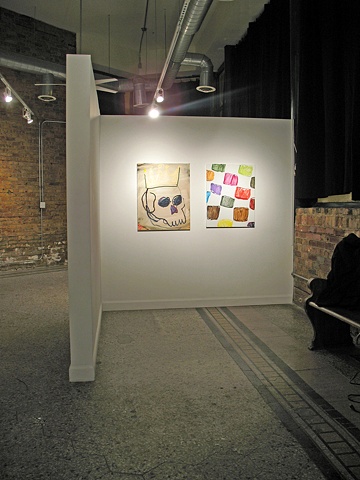 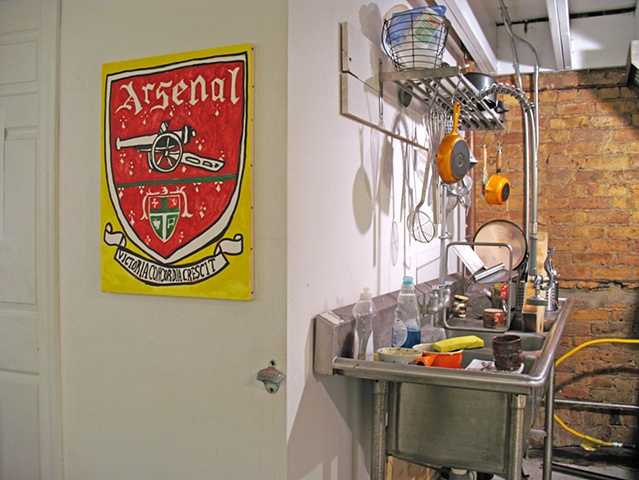 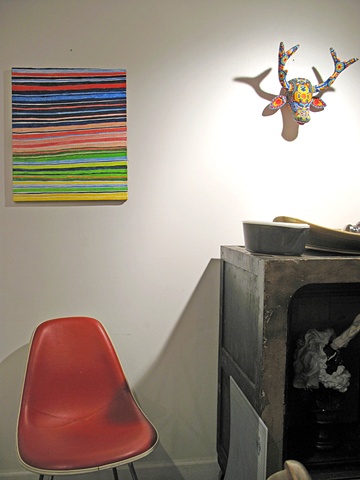 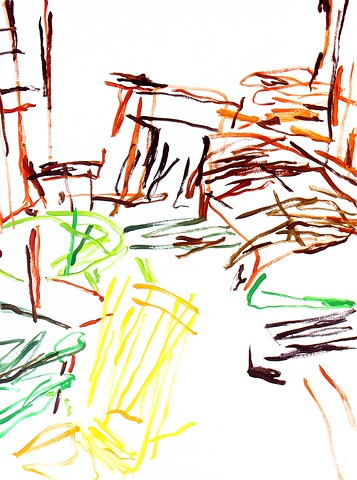 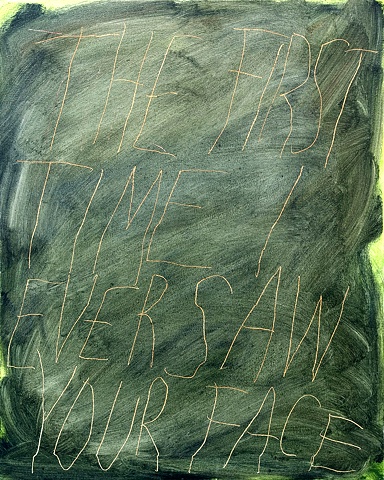 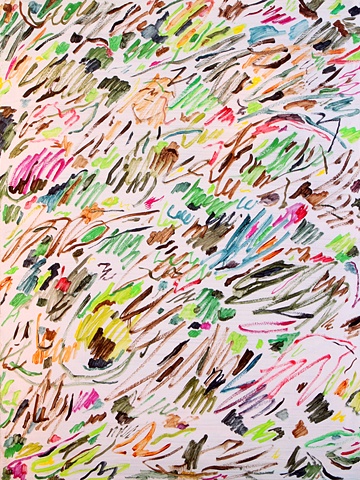 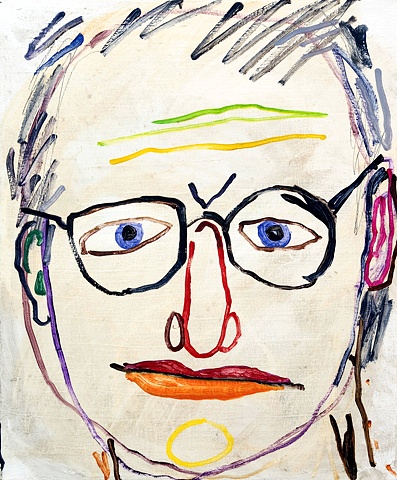 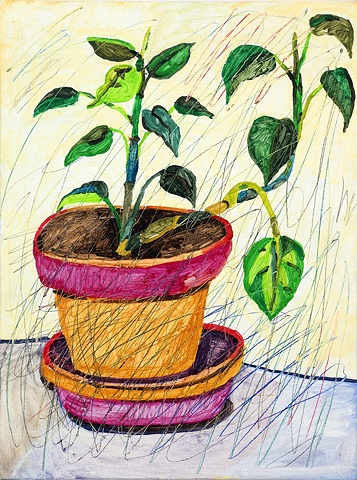 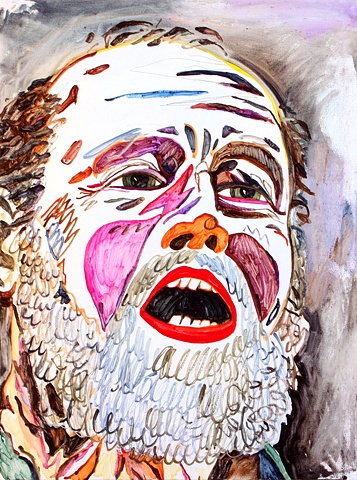 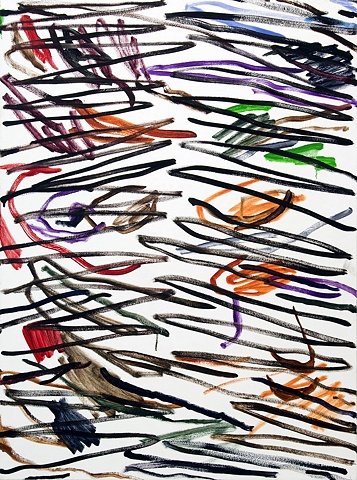 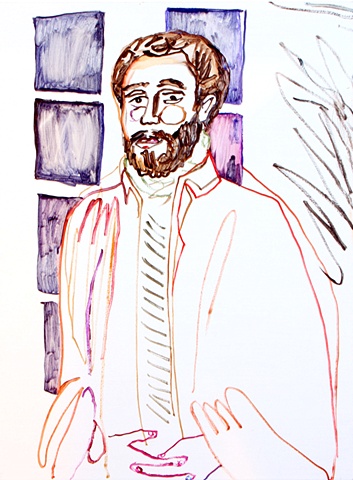 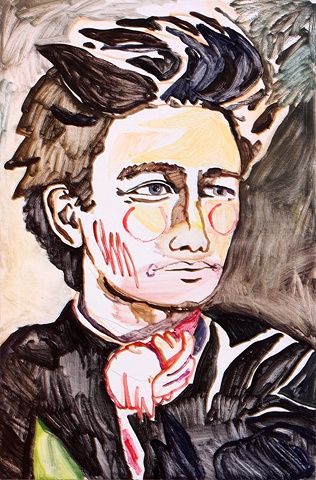 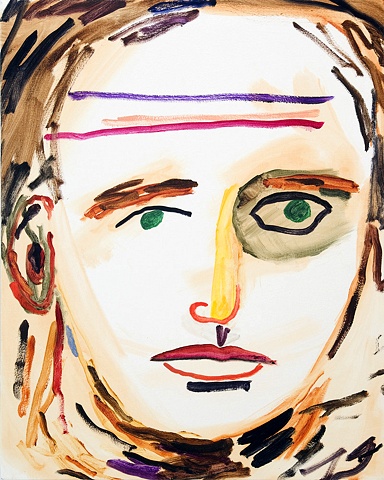 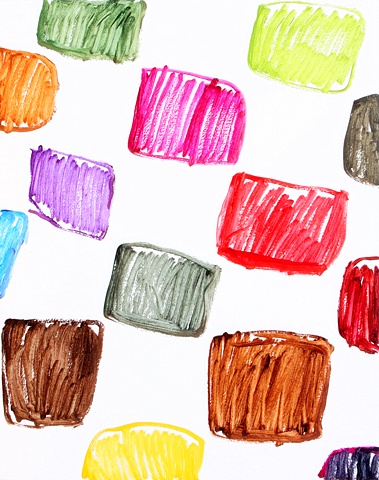 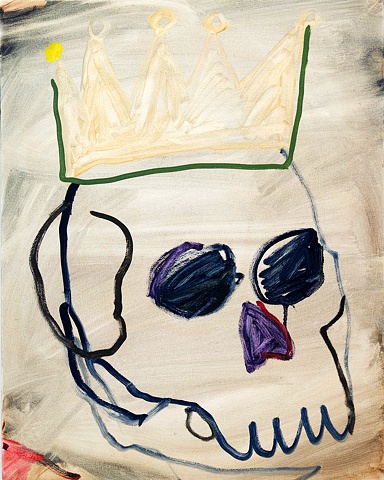 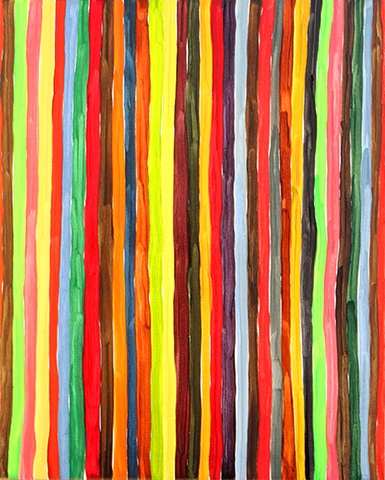 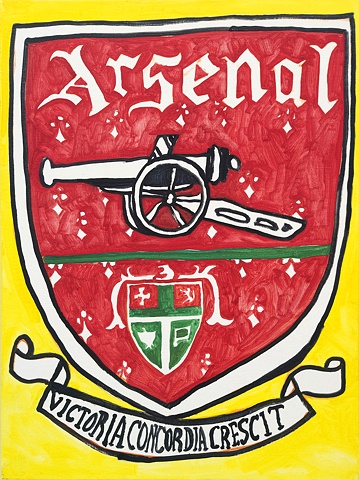 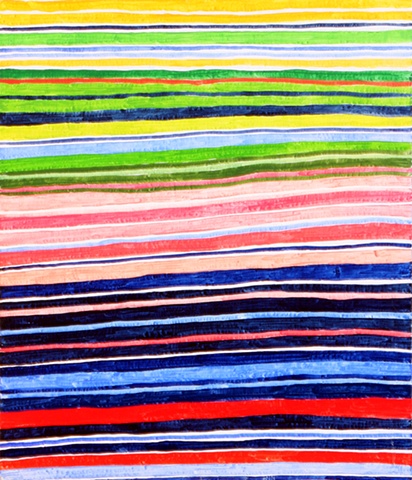 Howard Fonda makes earnest declarations about his medium. In the statement accompanying this show, for example, he writes: "I see painting as a philosophical sanctuary and spiritual outpost"; "Painting is poetic and transcendent"; and "Painting is a vehicle of contradiction adept at conveying the hubris of, and understanding of, existence." Fonda desperately pines to be a Romantic; his tender portraits of bearded nineteenth-century philosophers and his text-based paintings composed of words like endless, timeless, limitless, and nothingness lay bare his infatuation with mystical truths. Yet zeal risks superficiality, and his paintings have at times served only as trite illustrations of moral philosophy.

Until now, Fonda worked quickly with small brushes on modest-size canvases, hopping from one to the next and from subject to subject. In the spring of 2008 the Hyde Park Art Center on Chicago's South Side hosted Fonda's "Nothing to Live Up To," a copious assortment of forty-four abstract and representational paintings, all wrought with alla prima immediacy. For his exhibition at Roots & Culture, Fonda presented new paintings that also roam between the figurative and nonfigurative. Yet compared with the demonstrative works at the Hyde Park Art Center, these loose, patterned abstractions and euphorically delineated portraits feel less anxious, slower, and more confident as formal and philosophical explorations.

Roots & Culture's ground floor is divided into two distinct spaces: a typical white-walled gallery and a kitchen and reception area. In the latter, Fonda hung two stripe paintings and Fan, 2008, a canvas that accurately depicts the logo of an English soccer team founded in the nineteenth century, the Arsenal Football Club--a coat of arms in green and red and gold, with a cannon in the center and a scroll reading VICTORIA CONCORDIA CRESCIT (Victory comes from harmony) below. This painting is a compelling example of Fonda's newfound playfulness. Here he appropriates the logo of a professional soccer team that itself appropriates Romantic virtues for its motto.

The most mature and confident paintings in the exhibition, however, are Fonda's abstractions derived from natural forms. Meadow, 2008, is a distribution of variously colored brush marks over a flat white-gray ground mimicking the chalkiness of birch bark. Loopy strokes, angled lines, smudges made with a dry brush, and other marks laid down in thick oil respond and react to one another, creating an undulating multidirectional surface in green, brown, and pink. Recalling grass trembling in the wind or fish confounding predators, these strokes serve as an abstract field, the artist privileging intuition over illustration and conveying transcendental philosophy without strictly picturing a divinely invested natural world.

Untitled, 2008, is a bold, vigorous abstraction made of layered lines. Meandering brushstrokes in ocher, sienna and violet have been apportioned over a white ground; on top of these, Fonda has overlaid two vertical columns made up of sharp, angled black marks. More poetic than, for example, Untitled, 2008, a canvas scratched in colored pencil with the statement THE FIRST TIME I EVER SAW YOUR FACE, Fonda's gestural abstractions mark a shift toward a credible type of painting defined by intuition rather than quirky literalness. - Michelle Grabner